Just wanted to thank you folks at Best of New Zealand for a spectacular trip! Flying from Auckland to Queenstown sitting among the band members, wives and aging groupies of REO Speed Wagon was a plus, and we appreciate your arranging that. They were interesting folks!

Fiver Rivers Retreat was excellent. The hosts were fantastic, and we plan to meet up with Paula this May in Denver when she flies in to visit her sister. Paula≠s recommendation to drive to Te Anau one evening to have dinner at the Red Cliff Café was a winner. Also, the fish & chips in Lumsden cooked by an Asian chef was another fine feed. Linda with Rustic rides was great to ride with (Nadine 3 days, me one), and the fishing was excellent, including hitting a great “chocolate brown” mayfly hatch on the Mataura. (Those Mataura trout put a large dent in the stereotype of the ≥wily New Zealand Brown Trout≈ and I was feeling sorry for them after a while.) Beautiful drive from Five Rivers to Franz Joseph and Westwood lodge was a treat (lots of waterfalls), our only regret being we could not stay a few more nights! Your Wave Watcher Cottage was really magical, and the musical CD≠s a bonus (Frank Sinatra's - Come Fly With Me≈ album became the theme for our stay at the cottage). 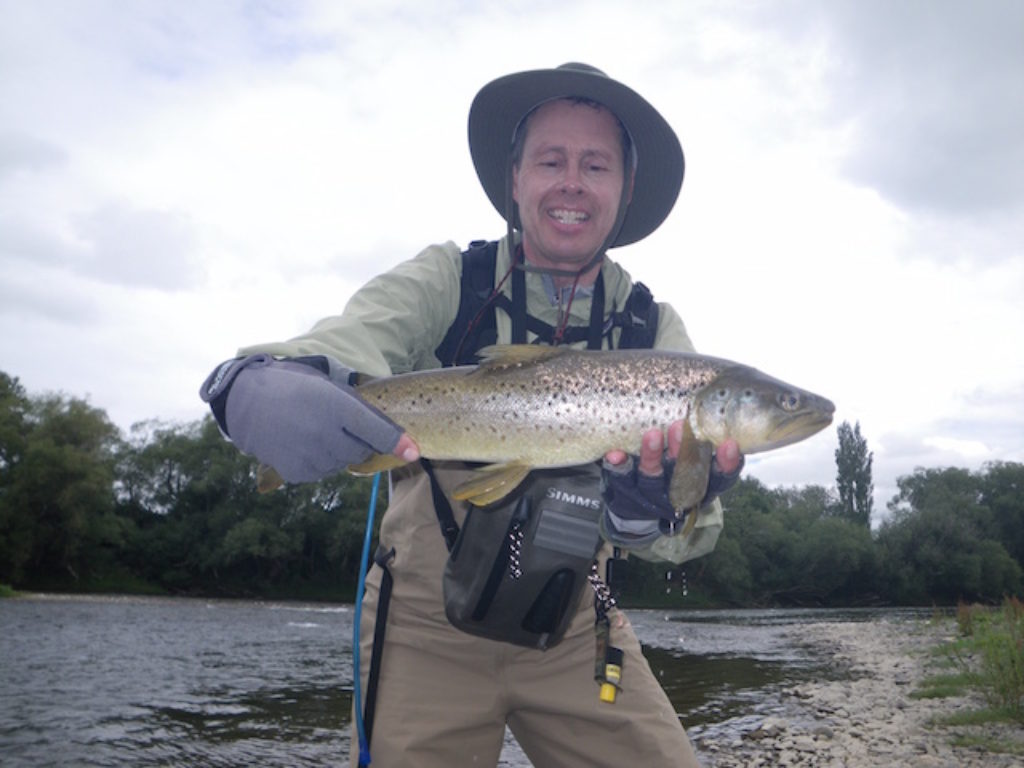 The drive from Punakaiki to Christchurch was spectacular. Experiencing an earthquake while waiting for our flight in the terminal of the Christchurch Airport was a neat bonus. The flight from Christchurch to Taupo was very scenic.

Poronui Lodge was very nice and the people were great. Nadine had some excellent horse rides, and one day I rode with her, but I broke my horse around lunch time, and walked back and fished the Taharua river below the lodge for a couple of hours with good results. I had three wonderful fishing days with guide Leon, two on the Poronui property fishing the Mohaka and the Taharua, and one where Leon and I drove a bit and bushwacked up a smaller stream filled with a lot of good-sized uneducated, and very willing, rainbows and browns (the browns, apparently hanging out too much with the rainbows, uncharacteristically jumped a lot!), both of which, to my delight, hit the ridiculous green cicada flies I had purchased prior to the trip, along with “Amy's Ant” flies I brought from Colorado. We hiked about an hour into a stretch of the Mohaka and, again, found some stupid trout. My third day, I fished the Taharua where the fish were a bit more educated, but I was still lucky enough to land 10-11 good-sized browns on a mixture of small dries and sight nymphing (with no indicator like we do in Colorado, as an indicator seemed to frighten the Taharua browns just as they do the fish in some of our Colorado rivers). Leon is a great guide and a hoot to fish with on top of that. (He had guided Hugh Cregg, better known as “Huey Lewis” of “Huey Lewis and the News” fame (the group was in New Zealand to do a few concerts with REO Speed Wagon (see above) and Melissa Etheridge. Leon said Hugh was a good fisherman, and a pretty fun guy, at one point, after breaking off a fly, turning to Leon and quipping “I wanna new bug.”

Also, we hit “Hobbit Town” on the way to the airport the last day, and that was kinda fun.

Overall, a fantastic trip! Thanks again!